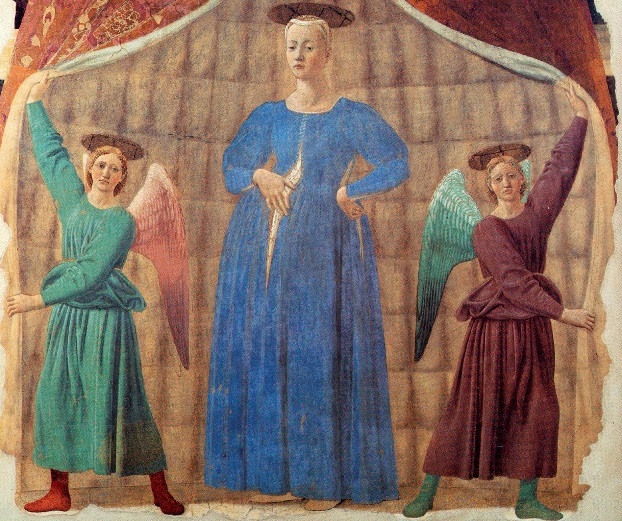 The thousand-year-old city of Sansepolcro offers visitors the opportunity to grasp the various historical, architectural and artistic aspects of this part of the territory located at the extreme limit of Tuscany, but bordering on Romagna, Marche and Umbria. The richness in churches and historic buildings testifies to its importance, and traditions also play an important part in the life of the city.

The half-day visit includes the Cathedral, ancient Badia camaldolese, an interesting example of a religious building that preserves inside its Romanesque, Gothic and Baroque architecture. Of great interest the works that enrich it including the Ascension of Perugino and the splendid Holy Face, very important wooden sculpture of Carolingian period (sec. VIII-IX). The tour continues with a visit to the historic Piazza Torre di Berta and the Via XX settembre flanked by medieval tower houses. You can choose to visit the Church of San Francesco, Gothic church that preserves an interesting marble altar of the fourteenth century. in addition to paintings of the biturgense school, or the Church of Sant'Antonio Abate that preserves the “standard of the Crucifixion” by Luca Signorelli.

*To this tour can be added the Civic Museum, which currently houses the exhibition “Nel Segno di Roberto longhi – Piero della Francesca and Caravaggio”. The exhibition takes place inside the halls of the Civic Museum of Sansepolcro, where some of the most important works by Piero della Francesca, a fifteenth-century artist born and lived in Sansepolcro are preserved, known for the use of real perspective and which has been instrumental in the development of Art History from the fifteenth century to the present day. The above works are the“Resurrection” considered his absolute masterpiece, the“polyptych of Mercy”, the “San Giuliano” and the “San Ludovico da Tolosa”. To these are added, on the occasion of the exhibition, the “Boy bitten by the ramarro” by Caravaggio, an outstanding example of seventeenth-century art, and the fifteenth-century“Portrait of young” by Ercole de’ roberti to create a logical thread between Piero’s painting and his influences through his time and subsequent centuries thanks to the in-depth analysis of Roberto longhi, one of the most eminent scholars of Piero della Francesca, and not only, of the 20th century.

Small village on the border with Umbria, Monterchi has reached fame thanks to the presence of the "Madonna del Parto", another masterpiece by Piero della Francesca, kept in the local Museum. In the price of the museum ticket is also included the visit to the Museum of scales, which preserves streets and scales of various sizes and sizes: a real discovery for the visitor who will be taken by surprise in front of some rather particular specimens. The visit can continue with a short walk in the old town to the Rocca.